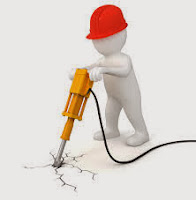 Work has resumed on the construction operations shut down on Dec. 6 for the fall study and final exam period. In addition, some new aspects of the project have begun. Overall, library users should now see a marked increase in the level of construction activity since most of the activity during the fall semester was preliminary work. This means there will be more construction tasks taking place simultaneously, more work crews onsite, and more equipment and material routinely delivered through the main gate on Freret Street into the fenced construction zone.

Generally, the contractor plans to work on the construction project through the holiday break and intersession, with complete shuts downs planned only for Christmas Day and New Year’s Day, in order to get a lot of really noisy and disruptive work accomplished while most students and faculty are away.

The subcontractor for the pile driving operation resumed work as scheduled this past Wednesday (Dec. 18). About 30 or so piles remained. Finishing these piles should take just a few days and all pile driving equipment should be removed from the site by the end of the day on Dec. 23. Most of the piles to be driven will be used in the construction of a base for the crane, which is now scheduled to arrive in early February, a few weeks later than planned.

The contractor has shifted its sheer wall construction work to the emergency stairwell on the Dixon Hall side of the library building. Temporary door alarms have already been moved and new emergency exit signs have been posted to accommodate this shift.

New work has begun on a Falling Object Protection System (FOPS) to cover areas where pedestrians will need to travel close to the library building along Freret Street. This project is to be done in two phases. The first phase, begun this week, will build overhead protection for the temporary main entrance. The second phase will provide overhead protection for the sidewalk heading west past the entrance along Freret Street and also the area outside of the library’s loading dock. The FOPS is to include lighting and security cameras underneath its covered walkways.

Work has also begun to erect the external elevator planned just inside the gate to the construction zone and to be set on its concrete base that was completed just before the study and final exam period.

Meanwhile, crews have increased the level of activity on the demolition operation in the library basement that is removing what is left of the old pipe, mechanical systems, and ceiling there.
Posted by Andy Corrigan at 12:21 PM No comments: 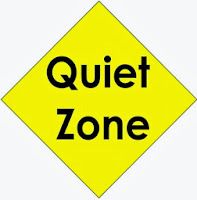 Construction crews have taken a break, adhering to a clause in the project plans that prohibits disruptive work onsite during study and exam periods. This means the library should be a quite area for study until December 18th, when workers are scheduled to pick up where they left off last Friday, December 6, after construction activity was shut down.

The pile driving operation that was to be completed last week ran into some practical problems that made adjusting the equipment to drive each pile take longer than planned. So after final exams have ended, the subcontractor for the pile driving operation will return to drive 30 or so piles that remained when the work stopped Friday. This should take just a few days.  Most of the piles to be driven will be used in the construction of a base for the crane that is expected to be the primary piece of equipment needed for constructing two more floors on top of the Howard-Tilton building.

Project managers believe that despite the break in the pile driving operation, the base for the crane can still be completed in time for the crane to be brought in on schedule in January. The crane will need to arrive on schedule so that the early work on the rooftop can be completed this spring, which will clear the way for the most noisy and disruptive structural and mechanical work, required to actually construct two more floors, to take place over the summer when fewer students and faculty will be on campus.

Meanwhile, work on constructing shear wall slab supports in the upper interior stairwells of the building has also temporarily ceased. When this work is also taken up again on December 18th, the focus will shift to the emergency stairwell on the side of the building closest to Dixon Hall.

New projects scheduled to begin during the upcoming intersession between the fall and spring semesters include construction of an overhead protection system to shield pedestrians near the building along Freret Street (including pedestrians using the library's temporary main entrance) and an external elevator, within the fenced construction zone, that will be used to regularly transport crews and materials to the rooftop.
Posted by Andy Corrigan at 1:11 PM No comments: