As noted in previous posts, the Howard-Tilton building will be closed from Dec. 17 through Jan. 4 during a portion of the upcoming intersession between semesters and due to the scale of the ceiling removal scheduled on its 1st floor.

Below are some answers to frequently asked questions about the building closure.

Posted by Andy Corrigan at 7:09 AM No comments:

Photos From the Upper Floors

Below are some photos taken this morning of the construction.  They include interior views from the new upper floors.

Posted by Andy Corrigan at 10:40 AM No comments:

Loud Work to Cease for Study and Exam Period 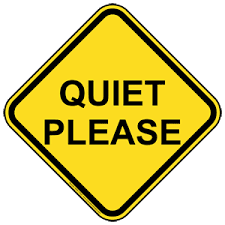 Rules laid out in the construction plans prohibit disruptive work onsite during study and exam periods. This effectively means that all construction work within the lower floors of the building will cease between this Friday, Dec. 5 and Dec. 15.  Jack-hammering and other loud activity within the new framed-in area above the existing lower floors will stop too.

The construction contractor will be allowed to continue work on a short list of other projects above that are said to carry little risk of noise to students on the lower floors. One example would be the outside installation of metal exterior panels on the 5th and 6th floors.  However, these projects can be stopped by Tulane’s department of Capital Projects & Real Estate (CPREG) if they're determined to be disruptive.

Preparation for Library Closure:  With the study and exam period close at hand, construction crews have been unusually active in several areas on the lower floors this week and largely in preparation for the major- scale construction tasks planned for the building during the intersession holiday break and building shut-down (Dec. 17 through Jan. 4) between semesters.

On the 1st floor, workers on ladders have been performing preliminary reconnaissance above the flat ceiling encompassing much of the center of the building and that will be removed during the intersession. Art work and electrical equipment in the area have been removed. Another crew erected scaffolding over the stairwell by the old entrance to the building. The scaffolding was configured to still allow students to use the stairs to get to the snack lounge during the study and exam period. On the 2nd floor the subcontractor installing the fire suppression (sprinkler) system is wrapping up work in the phase 2 zone encompassing the northwest quadrant of the building, and was to remove all materials and equipment there before the close of its work day Wednesday.

On the 4th floor, reopened last week, a crew has been working in the lobby to install the sprinkler system overhead although the area has remained open. This work will stop by the end of the day Wednesday as well.
Posted by Andy Corrigan at 2:26 PM No comments:

Work has begun to replace the building’s elevators and extend them to cover floors 1-6, which will include the two additional floors under construction on top of the present library building.

Tuesday morning an electrical subcontractor switched over power to a new power panel for the single elevator that will remain operational for up to 18 weeks afterward, while elevators #2 and #3 have their cables and controls replaced and are extended reach the new 5th and 6th floors. All mechanical parts from the old dismantled #2 and #3 units will be kept on site to speed repairs on elevator #1 if needed.

The power switchover and shutdown of elevators #2 and #3 did not go smoothly and the building was without any elevator service for two days, rather than for only a couple of hours before the building opened as had been planned. The advanced, 45-year old age of the elevator controls and mechanical systems set to be replaced are said to have contributed to the extra time needed for the work. In the end, to get elevator #1 to run after separating its controls from the other two, technicians needed to rebuild and rewire its controls largely from scratch and using salvaged parts.

Once the new elevators #2 and #3 are brought online in the spring, elevator #1 will be shut down and replaced.  Meanwhile, all stairwells in the building will remain open for use.  These include the central stairwell but also the two smaller stairwells at either end of the building that before the construction project were designated for emergency use only.
Posted by Andy Corrigan at 1:26 PM No comments: