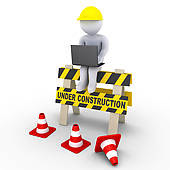 A new separate project focusing on a portion of the library basement will stretch construction work within the library building into this summer.

Thus, crews have begun preliminary work that includes demolition of temporary walls in the basement in preparation for construction of eight classrooms, 16 offices, two small conference rooms, and two study areas.  These will be used first as swing space by the School of Business because a larger construction project will add an addition onto Goldring-Woldenberg Hall and will next fall displace similar spaces there.

After the Goldring-Woldenberg addition is finished (in about two years) the classrooms would then become part of the general classroom pool to be assigned by the Registrar’s Office. In other words,while this construction project will take place in the library, it is not specifically a library project.

The time line for the basement project is extremely tight with a target completion date of July 29 in order for the classrooms to be ready for classes already being assigned rooms for fall semester 2016.

Overall, the project would put back into use about half of the basement space that is presently unused, with the renovation focused on part of center and much of the north end of the basement—the side closest to Dixon Hall.

Tulane Capital Projects & Real Estate Group (CPREG) will oversee and management the basement project. VergesRome Architects and VR Mgt. will assist, and will also handle the design and preparation of construction drawings. The construction contractor that has handled the library’s 5th and 6th floor build-back addition is handling the preliminary basement demo work and may stay on for the remainder.
Posted by Andy Corrigan at 8:56 AM